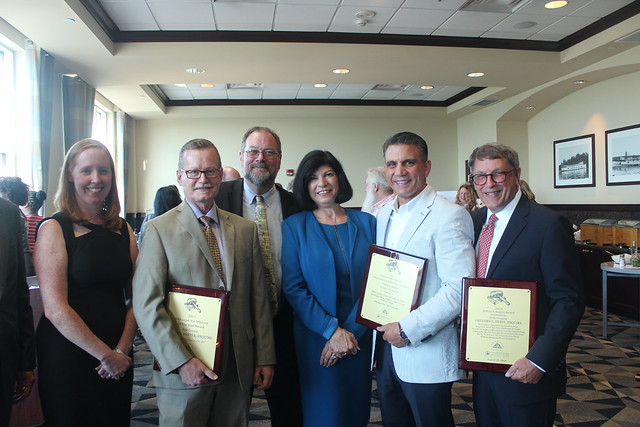 Pennsylvania Bar Association President Anne John presented the three prestigious statewide pro bono awards during a reception on August 22, 2019 prior to the Pennsylvania Legal Aid Network Board of Directors Meeting on August 23, 2019.

The Civil Legal Aid Attorney of the Year Award and the Chief Justice Ronald D. Castille Award are given to a legal services attorney and judge selected in recognition of exceptional contributions to improving civil legal aid in the commonwealth.

The Jeffrey A. Ernico Award celebrates the pro bono accomplishments of Harrisburg attorney Jeffrey A. Ernico and his long-standing commitment to equal justice and serving those who had nowhere else to turn. The Ernico Award is an occasional award of the PBA Legal Services to the Public Committee that is to be given to such individuals and groups as the committee, from time to time, determines have provided unique service that has resulted in significant improvement in the provision of legal services to the neediest among us.