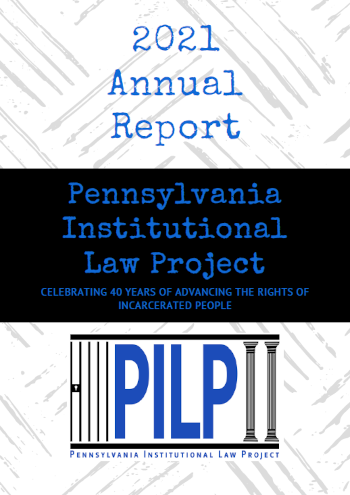 In the 2021 Annual Report, you'll learn about PILP's work as the COVID-19 pandemic continued into its second year, the project's success in representing people who were held unfairly in solitary confinement due to their hairstyle; a case that was won on behalf of a group detained in solitary confinement unfairly; the project's efforts to increase access to life-saving medication; and more of the important actions that were taken on behalf of those living behind bars.