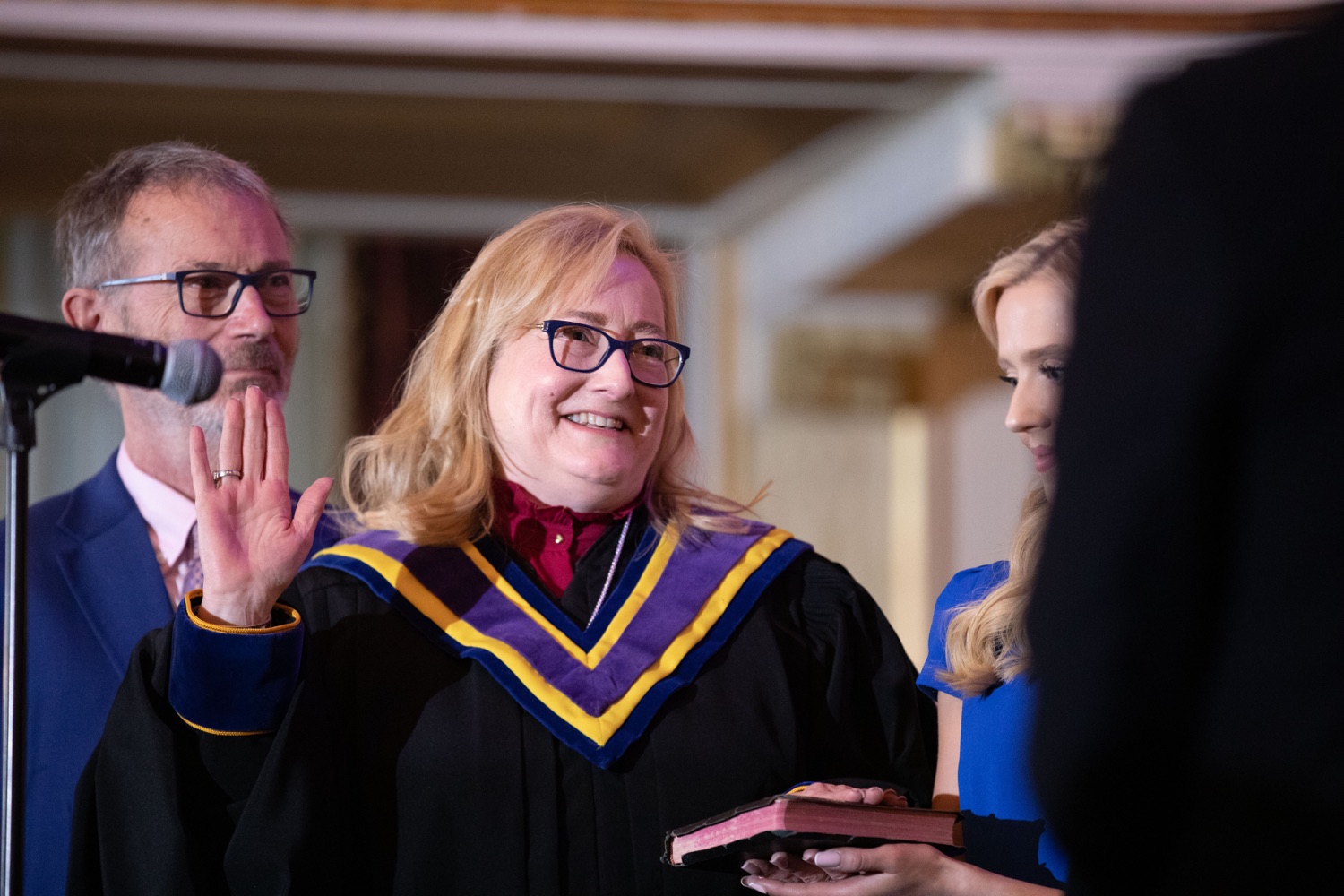 “Today my heart is full of joy and gratitude,” said Chief Justice Debra Todd. Joy in arriving at this moment and gratitude for all the strong and determined women who paved the way and for those who supported me throughout my journey.

“It means the world to me to take the oath like so many distinguished jurists before me, while forging new ground for women and reaffirming my commitment to support, obey and defend the Constitution of the United States and of this commonwealth,” said Todd. “My path to this point has been guided by a belief which was instilled in me at an early age, that with hard work and dedication, little girls could achieve anything.”

“Today I share this historic moment with all Pennsylvanians, especially our children whose hopes and dreams will shape the future and make the world a place where nothing is out of reach.

“I realize I’m the first female chief justice, but I know I won’t be the last.”

The daughter of a steelworker and homemaker, Todd was born and raised in Elwood City, Lawrence County and at an early age developed a dream of becoming a lawyer after working as a filing clerk for a local private attorney. Reflecting on the earliest days of her career, Todd fondly recalls being fascinated by the legal process and inspired when her employer encouraged her to become a lawyer.

“It was at that moment that a light went on for me and it never went out,” said Todd. Todd would go on to attend then Chatham College, earning her undergraduate degree with honors in political science and theater, moving on to the University of Pittsburgh School of Law where she was a member of the Law Review, and finally earning her LL.M. degree in the Judicial Process from the University of Virginia School of Law.

Upon graduation, she began her career as an in-house litigation attorney for U.S. Steel Corporation before maintaining a trial practice in the City of Pittsburgh with an emphasis in complex civil litigation. According to Chief Justice Todd, her path to the bench from private practice was “exciting and challenging."

“As a proponent of the legal process, I naturally started looking for the next step – to take my love of the law to the next level,” Todd said.

“I am proud of this Court – of the work that we do and the commitment that we share to apply the law, honor the constitution and simply remain focused on doing the right thing,” said Todd.

“Every case is of equal importance. While some may be more high profile than others, still others have greater consequences for people. We never lose sight of the impact that we have on the lives of all Pennsylvanians.”